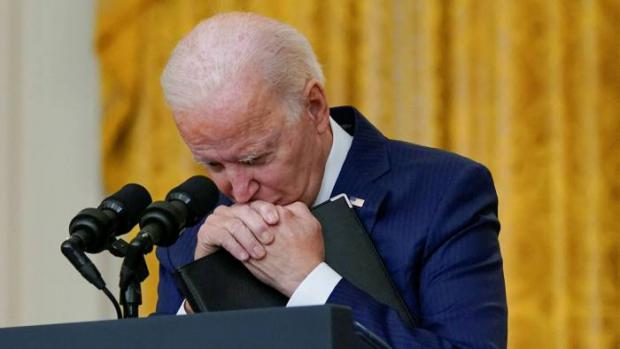 A new poll shows Republicans' confidence their vote will be counted accurately in future elections has dwindled to 5 in 10 as less than one-fourth of that demographic think Joe Biden was elected legitimately.

In an NBC News poll released Monday, 58 per cent of all registered voters said they believe Biden legitimately won the presidency in the 2020 election while 38 per cent say they feel that he did not.

When broken down by party, 22 per cent of Republicans say Biden was legitimately elected, while 71 per cent of independent voters feel the same way and a whopping 93 per cent of Democrats think Biden was the legitimate winner.

The by-party results are also reflected in how voters feel about whether their ballot will be counted fairly in U.S. elections.

Overall, 66 per cent of registered voters think their vote will be fairly counted in elections. Twenty-nine per cent say they are not confident that their vote will be counted accurately in the future, up from 11 per cent who said so in the same poll conducted October 2020.

In the poll last year, 85 per cent of respondents said they felt their vote would be accurately counted.

The drop mainly comes from a huge Republican shift in the way they view elections after Donald Trump lost to Biden in 2020.

The former president began a rampage questioning the validity and integrity of U.S. elections, claiming the presidential contest was rigged by Democrats to boot him from the White House.

Trump's base embraced these claims, which he still repeats at rallies.

Democrats' Fight For Voting Rights Is A Fake Issue