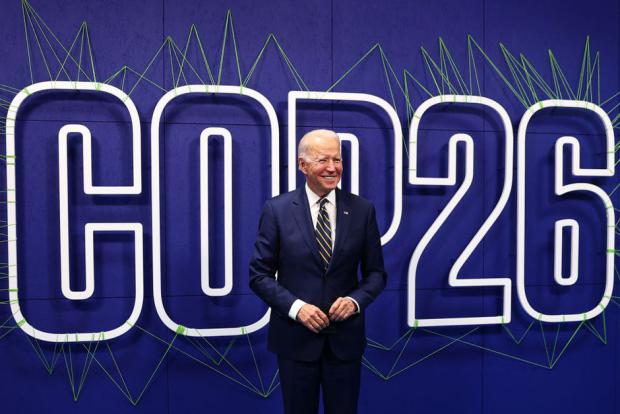 During the COP26 conference in Glasgow on Tuesday, more than 100 countries, including the US, committed to reducing methane emissions by 30% by 2030 - although a handful of major emitters including - of course - China, Russia as well as India did not sign the "global methane pledge", which was spearheaded by the EU and US.

It also doesn't include Australia, where major plumes of methane from coal mines have been identified.

The pledge commits countries to reducing their emissions of methane from agriculture and waste.

Still, the US, which helped spearhead the pledge, has helped recruit dozens of new countries after only a handful were willing to sign on back in September. Per the FT, the number of countries that supported the initiative has grown from just six members when it was initially announced in September, to 105 at its official launch at the Glasgow world leader talks Tuesday.

President Joe Biden described the methane plan as a "game-changer" as he announced the plan on Tuesday, which he introduced alongside a new, separate plan outlining rules on US emissions.

"One of the most important things we can do in this decisive decade to keep 1.5 degrees [global warming] in reach is to reduce our methane emissions as quickly as possible."

According to the FT, methane has 80x the warming potential of carbon dioxide over a 20-year period, making it key to efforts to tackle global warming. The initiative has estimated that a 30% drop in methane emissions by 2030 would reduce global warming by at least 0.2C by 2050. The new White House plans, which were proposed by the EPA, go beyond any prior regulation of methane in the US, which could force operators of new and existing infrastructure to be especially vigilant about monitoring gas leaks.