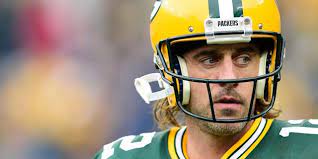 Most notably, Aaron Rodgers managed to conceal that he is not vaccinated (until he tested positive for COVID on Wednesday). According to NFL Media, Rodgers is indeed not vaccinated.

Rodgers led reporters to believe in August that he's vaccinated. Technically, he said he's been "immunized." But he clearly implied that he's been vaccinated, because he said in the next breath that he won't chastise teammates who aren't vaccinated.

"Yeah, I've been immunized," Rodgers said in August. "There's guys on the team that haven't been vaccinated. I think it's a personal decision, I'm not gonna judge those guys."

So, basically, he lied. He lied in order to hide the fact that he's not vaccinated.

And it wasn't just his cagey use of the term "immunized," followed by his vow to not judge a group to which he secretly belonged. A G.M. with another team tried to tell me weeks ago that Rodgers isn't vaccinated. I looked up photos of Rodgers from the preseason, standing on the sideline in street clothes. (The photo attached to this article comes from one of those games.) He wasn't wearing a mask. I told my source that this means that Rodgers was vaccinated. In actuality, it means that he was deliberately and flagrantly violating COVID policies to create the impression that he's vaccinated.

What other protocols did he violate? Was he fined for it? How often was he fined? What other consequences were imposed or threatened?

And why? Why not just be openly unvaccinated?