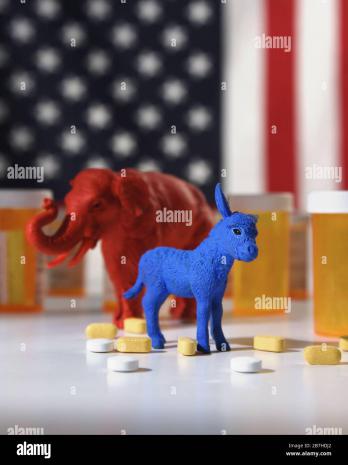 In September, Rep. Andy Kim (D-N.J.) began noticing mailers arriving at homes across his district, including his own and that of his parents, with an alarming message. The mailers alleged that Kim was intent on preventing Medicare patients from getting the drugs they needed.

That was news to Kim, who has made lowering seniors' health-care costs and expanding their access to Medicare a signature issue. The mailer, along with a slew of digital ads and text messages, was sponsored by a group called A Healthy Future, LLC, and claimed that Kim and other New Jersey Democrats wanted to cut off "access to lifesaving medicines" and shift Medicare money into other social safety-net programs.

"I've been attacked before, but I've never seen one as egregious as this one in terms of 'Andy Kim's trying to cut Medicare,'" Kim said. "That's just so absurd, and I actually think that has affected how the district has responded."

Kim was certain the attacks were coming from the pharmaceutical industry, but it was hard for him to be sure. A Healthy Future's website includes no contact information, and a message to its Facebook page went unanswered. But a nonprofit group called A Public Voice listed A Healthy Future as being under its control in its 2018 and 2019 tax filings and described the LLC's primary activity as "supporting a vibrant health care system."