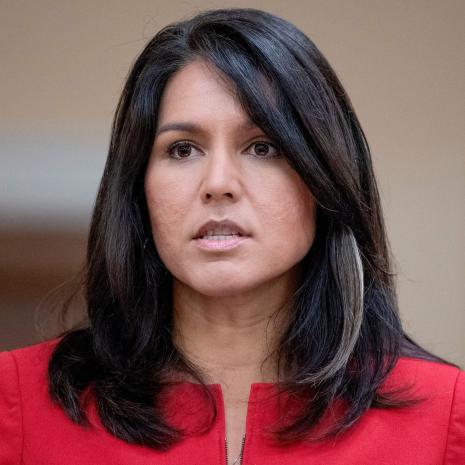 As GOP House Minority Leader Kevin McCarthy gloats about a new plan to invest heavily to try and flip 'swing-voter' districts presently occupied by Democrats following upset victories in Virginia's gubernatorial race, and a strong showing by the GOP candidate who nearly unseated NJ Gov. Phil "Goldman Sachs" Murphy - upsets that "nobody saw coming" except - of course, one of the most well-known political analysts in the country...

....Former Democratic Rep. Tulsi Gabbard broke with mainstream Dems by calling the outcome of the off-year election a "victory for all Americans."

Gabbard, who is well-known for her maverick views when it comes to her fellow Democrats, has criticized other members of her party, including House Speaker Nancy Pelosi and other members of the leadership. On Thursday, she accused McAuliffe of running a campaign that was racially divisive which only served to further widen America's divide.

"McAuliffe's loss is a victory for all Americans. Why? Because it was a resounding rejection of efforts to divide us by race, the stripping of parental rights, and arrogant, deaf leaders. This benefits us all," the former Hawaii representative and ex-presidential candidate tweeted Wednesday evening.

McAuliffe conceded the election to Glenn Youngkin Wednesday morning after several outlets declared Youngkin the winner the night before.

"While last night we came up short, I am proud that we spent this campaign fighting for the values we so deeply believe in," the former Va. Gov and Clinton crony said in a statement.

He added that "protecting Virginia's schools and voting rights, and fighting for affordable health care coverage and raising the minimum wage" are worthy causes.

McAuliffe added that he is "confident that the long-term path of Virginia is toward inclusion, openness and tolerance for all."

Democrats' Fight For Voting Rights Is A Fake Issue