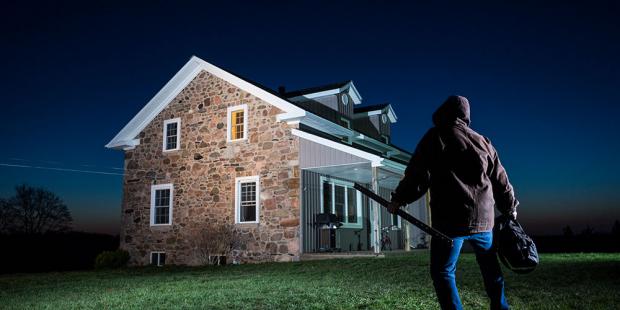 Get off my lawn

Since 2020 was the year of the riot, some that spilled over into suburban residential neighborhoods. In times of unrest to SHTF, groups of intruders large and small will be a problem for you. You should also be concerned about the burglar who hopes no one notices him coming up the walk.

American suburbs are just the kind of thing any army of bad guys would want to see from the Romans tearing Carthage down to Genghis Kahn and the Mongols sweeping into Europe. Freeways turn into wide, arterial streets that feed neighborhoods built mostly on a grid pattern. Our streets, let alone the individual lots, are very rarely defensible. In many neighborhoods, rural or urban, there is nothing stopping a bad guy from walking right up to a house.

Our modern homes are flammable, not bullet resistant, weak, and filled with lots of easy access points. Examine the structure of your home. Bullets easily penetrate most suburban construction and burglars commonly exploit windows, doors, and locks. For most Americans, anyone can simply walk up to your door without any sort of gate or other obstacle stopping them. It's time to change that.

The ideal battle is the one that is never fought

The same goes for the forced entry that never is attempted. By taking simple steps you can enhance the likelihood that an angry mob, burglars, looters, or bandits will simply pass right by for an easier target. With preparation and some luck, your house's windows and locks will never be tested. We start with the principle that layered security is the key and the first layer is your yard.

house and property easy to defend

Passive defense is anything that makes it difficult or less desirable to enter your property.

All of these things discourage entry either by the danger of apprehension or materially making access difficult. Even signs and cameras signal that you are paying attention to your defense, which incentivizes a bad guy to find someone less aware. Remember, we're exploiting psychology and laziness here.