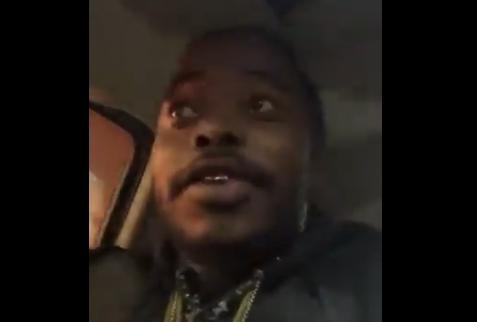 Kenosha, Wisconsin: On August 25, 2020, then 17-year old Kyle Rittenhouse was filmed shooting three men who chased him during a Black Lives Matter protest that turned into a riot. Rittenhouse is facing numerous charges, including first degree intentional homicide, endangering safety, use of a dangerous weapon, and more. Kyle Rittenhouse's attorney summed up the self-defense case by saying that the political end game is to strip away the constitutional right of all citizens to defend our communities, our personal property, our lives and the lives of our loved ones. Never before seen video released by the FBI shows that Rosenbaum did indeed chase Rittenhouse cornering him causing the deadly exchange. George Floyd's nephew, Cortez Rice, made a video claiming that he knows people are taking photos of jurors during the Rittenhouse trial, which appears to be a veiled threat to dox them if they do not convict.

George Floyd's nephew, Cortez Rice, makes a claim that he knows people taking photos of jurors during the Kyle Rittenhouse trial in Kenosha, Wisconsin. His goal is to dox jurors if they do not convict. pic.twitter.com/uwLuV2ftfV

Video has emerge of George Floyd's nephew Corez Rice threatening to dox jurors if they do not convict Kyle Rittenhouse.

Rice claims that there are people on the ground in Kenosha taking pictures hinting they will out the jurors if Rittenhouse is not convicted.

The prosecution did not have a good week and may have lost the case after one witness, Richie McGinnis testified what he observed.