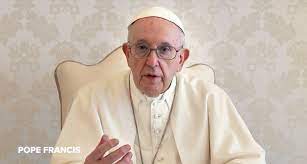 Let me start by saying, everybody acts from faith. Faith in something, no matter what it is.

A billion Catholics are not the Vatican.

The Vatican, through the Pope, has made its position clear: take the COVID vaccines.

But then there are the consciences of a billion of the faithful.

In prior articles in this series (archive here), I've made it clear that COVID vaccines have, in fact, relied on a fetal-tissue cell line, HEK 293, for testing, and the cell line was originally obtained via an abortion.

Moreover, the evidence points to an abortion in which the infant was delivered from her mother's womb, alive, and then was killed by a doctor removing her kidneys for fetal tissue. Infanticide. Murder.

Does it matter whether the abortion and the murder were committed yesterday, or in a room in a hospital in the Netherlands, in 1972? Are a billion Catholics willing to say, "It was so long ago, it doesn't have meaning anymore"?

Is that a reasonable position of Faith?