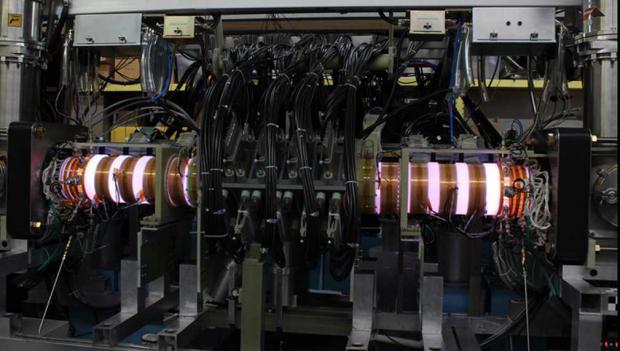 The Series E funding round was led by long-term investor Sam Altman, former president of Y Combinator and current CEO of OpenAI, who has now taken on an executive chairman role at Helion. Others involved include PayPal co-founder Peter Thiel, through his Mithril Capital company, former eBay president Jeff Skoll, through his Capricorn Investment Group, and Facebook co-founder Dustin Moskovitz.

The raise brings in a record US$500 million now, with an "opportunity for an additional US$1.7 billion dollars tied to Helion reaching key performance milestones." The money will be used to complete the Polaris facility currently under construction in Everett, Washington.

Polaris will expand on the impressive achievements of Helion's sixth-gen "Trenta" prototype, built in 2020, which has completed more than 10,000 high-power pulses, and has run "nearly every day" for more than 16 months. Earlier this year, Trenta managed to demonstrate a temperature over 100 million degrees Celsius, which is significant, since it's around the point at which there's enough thermal energy to create large amounts of fusion.

That was one of Helion's milestone achievements; it's also managed to sustain plasmas for longer than 1 millisecond, and achieved magnetic fields greater than 10 Tesla with which to compress plasmas during the fusion process.

Where many fusion projects aim to develop heat to create steam and drive turbines, Helion has demonstrated an electromagnetic approach it says is much more efficient. As deuterium and helium-3 ions in a high-beta plasma smash together and fuse, energy is released and the plasma expands. This expansion, says Helion, causes changes in the plasma's magnetic flux, which "push back on the magnetic field" generated by the magnets around the chamber, and this field interaction directly induces an electrical current which can be captured at high efficiency.