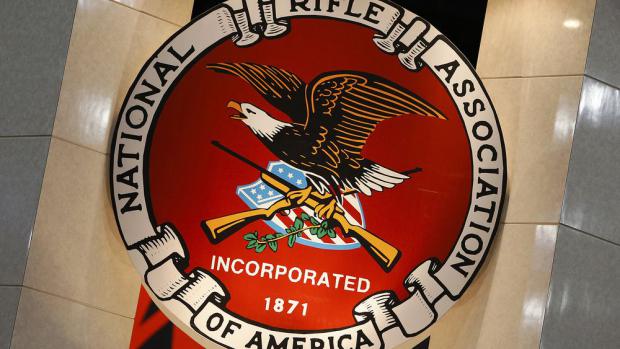 A secret tape released this week has revealed that National Rife Association (NRA) leaders mocked their activist members as 'hillbillies' and 'fruitcakes' who might go off-script and embarrass them after the Columbine shooting.

One day after the 1999 massacre at Columbine High School in Colorado - where two students opened fire and shot dead 12 students and a teacher before killing themselves - NRA's top executives and lobbyists had a meeting about the gun violence-related crisis.

The private conference call was secretly recorded by an unidentified participant, who publicly published parts of the 2.5-hour conversation on Tuesday, more than two decades after it happened.

Longtime NRA lobbyist Marion Hammer was heard scoffing at the association's members, who she claimed might embarrass them, according to NPR, which obtained the recordings.

'If you pull down the exhibit hall, that's not going to leave anything for the media except the members meeting, and you're going to have the wackos with all kinds of crazy resolutions. With all kinds of - dressing like a bunch of hillbillies and idiots. And it's gonna be the worst thing you can imagine,' she said.

NRA Executive Vice President Wayne LaPierre agreed: 'You know, the other problem is holding a member meeting without an exhibit hall.