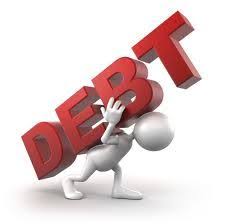 Between July and September, US household debt climbed to a new record of $15.24 trillion, the Federal Reserve Bank of New York said Tuesday.

"As pandemic relief efforts wind down, we are beginning to see the reversal of some of the credit card balance trends seen during the pandemic," such as lower spending in favor of paying down debt balances, said Donghoon Lee, research officer at the New York Fed.

Now that the stimulus sugar rush has worn off, consumers are going back to their old ways of spending with their credit cards. Credit card balances rose by $17 billion, just as they had during the second quarter. But they're still $123 bullion lower than at the end of 2019 before the pandemic hit.

Mortgages, which are the largest component of household debt, rose by $230 billion last quarter and totaled $10.67 trillion.