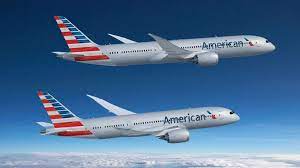 As the plane began a gradual descent toward southwest Florida, the pilot in command (PIC) began convulsing and had a cardiac arrest. Fortunately, the aircraft was still on autopilot, giving the co-pilot time to evaluate the situation, unharness himself, pull the PIC from his seat and try to administer CPR. But his efforts were in vain.

The co-pilot returned to his seat and squawked 7700, the international transponder code for "I have an emergency." The plane landed safely, but the co-pilot was put on administrative leave for having left his seat and endangering the aircraft, our source said.

"It was later determined that the PIC had a fatal heart attack caused by myocarditis, a known side effect of the Covid-19 vaccinations. He had received his second dose of the vaccine two weeks before that flight. His last full physical was three months prior, and his doctor had given him a clean bill of health," our source said.

The second fatality took place a week later, and it, too was a DFW departure. American Airlines Flight 971, an Airbus A321, departed DFW for LAX at 8:00 a.m. Midway through the flight, the co-pilot complained he had chest pains but chalked it up to having eaten a spicy meal before departure. He told the PIC it was indigestion.