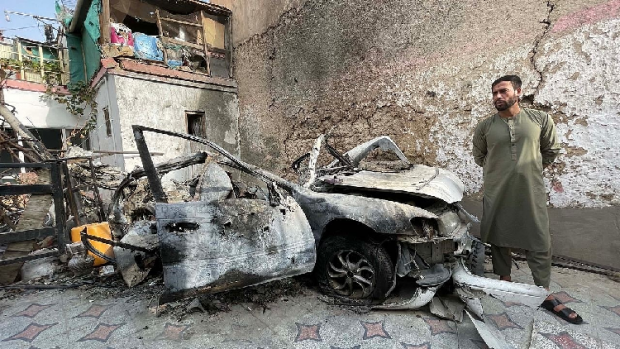 On Aug. 29, the United States murdered ten Afghan civilians in a drone strike. The U.S. Air Force Inspector Gen., Lt. Gen. Sami D. Said, was appointed on Sept. 21, to lead an investigation into the circumstances surrounding the attack. On Nov. 3, Gen. Said released the unclassified findings of his investigation, declaring that while the incident was "regrettable," no crimes were committed by the U.S. forces involved.

The reality, however, is that the U.S. military engaged in an act of premeditated murder violative of U.S. laws and policies, as well as international law. Everyone involved, from the president on down committed a war crime.

Their indictment is spelled out in the details of what occurred before and during the approximately eight hours a U.S. MQ-9 "Reaper" drone tracked Zemari Ahmadi, an employee of Nutrition and Education International (N.E.I.), a U.S.-based nonprofit organization that has been operating in Afghanistan since 2003, working to fight malnutrition among women and children who live in high-mortality areas in Afghanistan.

During those eight hours, the U.S. watched Ahmadi carry out mundane tasks associated with life in war-torn Kabul circa Aug. 2021. The U.S. watched until the final minutes leading up to the decision to fire the hellfire missile that would take Ahmadi's life, and that of nine of his relatives, including seven children.