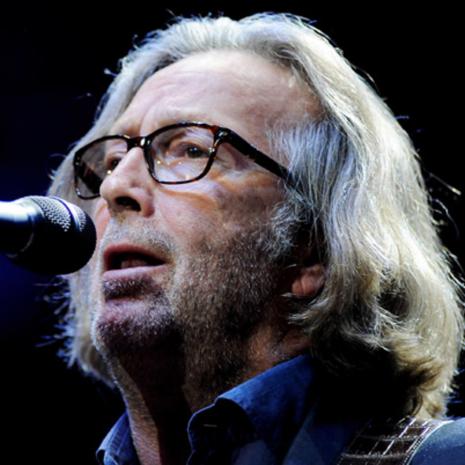 Only it wasn't about George Floyd or global warming. Clapton's midtempo shuffle, a collaboration with Van Morrison released in December, went full anti-lockdown, taking aim at the government for trying to control a global pandemic by temporarily shuttering restaurants, gyms and concert halls.

What grabbed Cray's attention was the second verse.

Do you wanna be a free man

Or do you wanna be a slave?

Do you wanna be a free man

Or do you wanna be a slave?

Do you wanna wear these chains

Until you're lying in the grave?

Cray — one of the great blues guitarists of his generation, a five-time Grammy winner and Black man born in segregated Georgia — emailed Clapton immediately. Was the 76-year-old guitar great comfortable singing Morrison's words, which compared the lockdown to slavery?

"His reaction back to me was that he was referring to slaves from, you know, England from way back," Cray says.

That didn't satisfy Cray. Neither did their next email exchange. Then Cray stopped replying altogether. The next time he wrote was weeks later to politely inform Clapton that he couldn't, in good conscience, open for him as planned on an upcoming tour.

After that, Cray watched as Clapton released two more lockdown songs, conducted a lengthy interview with vaccine skeptics, and pledged to perform only where fans would not be required to be vaccinated, or, as Clapton said in a statement, not "where there is a discriminated audience present."