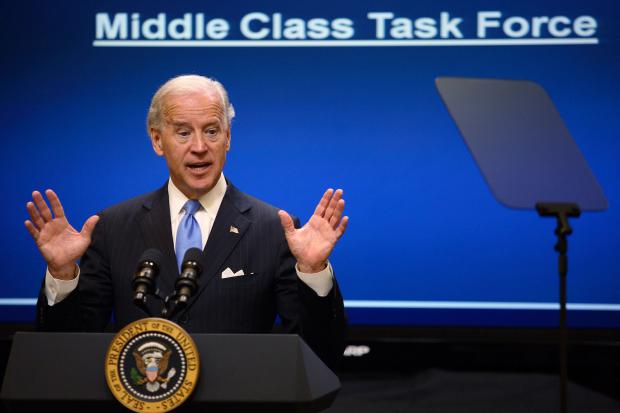 President Joe Biden's Build Back Better plan could raise taxes modestly for some middle-class households, despite his vow that anyone making less than $400,000 would not see an increase, according to a new analysis.

'Taking into account all major tax provisions, roughly 20 percent to 30 percent of middle-income households would pay more in taxes in 2022. However, their tax increases would be very small,' non-partisan Tax Policy Center wrote in a report.

The analysis found that, even if some households saw a modest increase, the average lower- and middle-income household would see an overall decline in their taxes.

The analysis also found that the tax picture would change in 2023 under the current plan, which expands Child Tax Credits only through 2022.

The analysis was based on the text of the bill that the congressional Joint Committee on Taxation analyzed on November 4, although the bill is still caught up in negotiations and could change.

Another element of the proposal, increasing the deduction limit on state and local taxes (SALT), could significantly benefit wealthy families living in high-tax states.