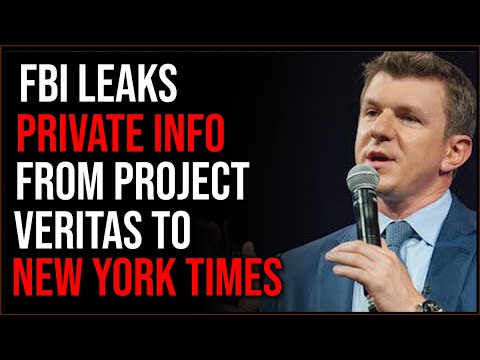 An attorney for the founder of Project Veritas has accused the Department of Justice of tipping off the New York Times about recent raids on current and former employees, while suggesting federal prosecutors may have also leaked the group's legal communications.

Project Veritas, the conservative activist group founded by James O'Keefe, has come under federal scrutiny in relation to the alleged theft of the diary of President Joe Biden's daughter Ashley, which the group considered publishing but never did.

The FBI conducted raids at O'Keefe's New York home and those of others connected to Project Veritas early Saturday morning, seizing two of O'Keefe's cell phones, among other items.

Days later, on Thursday, the New York Times published a report based on memos from the group's lawyer, revealing his legal advice on the group's use of false identities and undercover filming, tactics that are eschewed by most modern journalists.

Later that day, a federal judge ordered the DOJ to stop extracting data from the phones, granting a request from O'Keefe's legal team made the day before for an independent party to be appointed to oversee the review of the confiscated devices.

O'Keefe's attorney Harmeet Dhillon in an interview on Thursday night slammed the Times' report as a 'hit piece' and questioned whether the DOJ had leaked the legal memos to the Times, an extraordinary and possibly illegal step.

'I can't say how the New York Times got this information, but they got it in a way that is illegal and unethical,' Dhillon told Fox News.