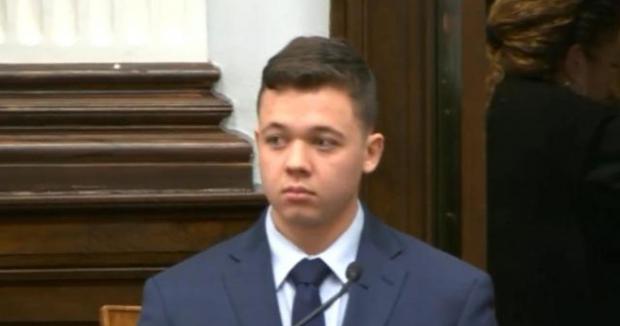 Prosecutors at the Kenosha shooter trial have admitted that 'a reasonable jury or juror' could acquit Kyle Rittenhouse on the most serious charges that he faces.

Assistant District Attorney James Kraus made the extraordinary admission as he pressed for 'a multitude of lesser charges' to be put before the jury when they are sent out to deliberate Monday.

But today the state admitted that they had no confidence that the testimony presented in court would see him convicted as they attempted to enter second degree and lesser charges as possible verdicts across the board.

And in a startling turn of events the judge may even dismiss the least of the charges - the one that seemed a state slam-dunk - illegal possession of a firearm.

Judge Schroeder once again showed his impatience with prosecutors as they insisted that they had 'proof' the Rittenhouse had provoked Rosenbaum and pointed his gun at people before the shooting and asked for the judge to include this in his instructions to jurors.

The usually dull, procedural matter of deciding on juror instructions became heated after Kraus claimed the proof lay in drone footage and images that, the defense contends, had been 'manipulated' by the state's expert for 20 hours.