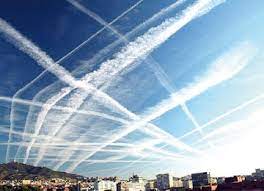 In Part I, the focus is on Geoengineering, Politics, and the Planet. Part II analyses Women in Defense of Mother Earth

As we go to Press, World leaders are meeting in Glasgow at COP-26 under the auspices of the Framework Convention on Climate Change (UNFCCC).

All eyes are now on "the imminent  dangers of CO2 and greenhouse gas emissions".

The so-called "climate emergency"  has become a timely and convenient instrument of propaganda which is used to distract people from questioning "the real crisis", namely the Covid-19 "plandemic" (instigated by the financial elites) which is destroying people's lives Worldwide.

Introduction. GLOBAL WAR-NING! How to Explain What Is Happening Today?,

Geoengineering, Politics, and the Planet

From Geoengineering to a New Deal for Nature: Destroying the Earth for Profit