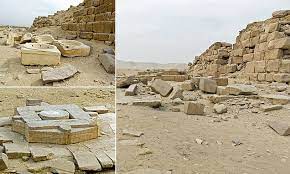 Archaeologists in Egypt have found proof that they are excavating a rare ancient sun temple, the third ever found and the first to be uncovered in 50 years.

These temples were built for pharaohs while they were still alive to grant rulers the status of god, in contrast to pyramids which ensured they were gods in the afterlife as well.

It is believed only six were built and so far only two have been found but now archaeologists digging beneath the remains of one of the known sun temples in Abu Gorab, north of Egyptian archaeology locality Abusir, have found proof of a third one.