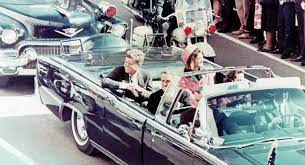 Yes, I know, President Biden says that the new deadline for disclosure is December 22, 2022, which just happens to fall after the November 2022 congressional elections. But that's just like the mechanical rabbit that is used in dog races — the dogs are never going to catch that rabbit. And the American people are never going to see those records.

Don't forget, after all, that this isn't the first deadline that has been set for disclosure. There was the 25-year deadline that was set back in the 1990s. That deadline came due during the Trump administration.

What happened when that deadline came? It got extended of course. Trump surrendered to the CIA's demands for continued secrecy, just as Biden now has. Every president will do so. The CIA will demand it. National security depends on it!

Ever since Kennedy was assassinated, there has been a segment of society that has fallen for the official story — that a lone nut communist former U.S. Marine shot and killed the president.