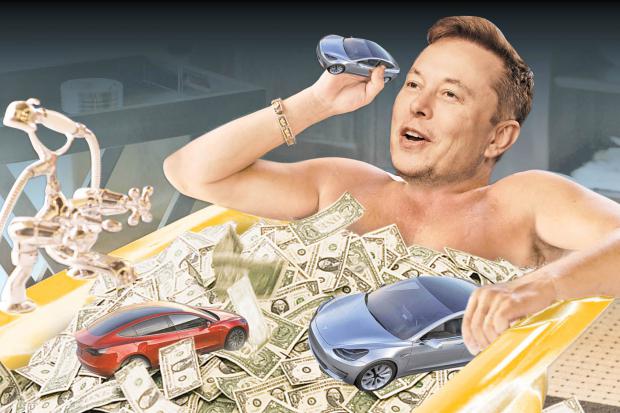 Just how much — or how little — Musk pays in taxes has gotten a lot of attention lately, and even prompted his Twitter poll last weekend that preceded his decision to sell $6.9 billion worth of Tesla stock. There have been calls in Congress for a billionaires' tax that would require at least some minimal payment from wealthy individuals like Musk who often have little in the way of taxable income. Musk has attacked that idea on Twitter.

But just how much of his wealth is due to the government support his companies receive is not an easy question to answer. By some measures, little of his wealth is thanks to taxpayers. And in some ways, virtually all of it is.

Musk's wealth is based on the value of his companies including Tesla (TSLA), which is only the sixth US company in history to be worth more than $1 trillion, and SpaceX, believed to be the nation's most valuable privately-held enterprise with an estimated value of more than $100 billion.
But those valuations are based mostly on investors' belief in their future sales and profits, not the relatively modest financial results those companies have shown to date. Tesla sales and earnings, for example, represent a fraction of other long-established automakers.

Tesla saw global sales of 627,000 vehicles in the first nine months of this year, and net income of $3.2 billion, both records for the company. But global sales at Toyota were 10 times greater and its net revenue was 2.3 trillion yen, or $20.3 billion, more than six times Tesla's.