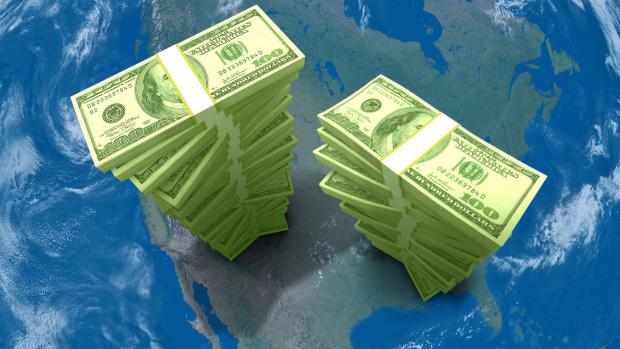 Shocking facts and statistics about how corrupt the US economy has become.

Vibrant competition is absolutely essential in order for a capitalist economic system to function effectively.  Unfortunately, in the United States today we are witnessing the death of competition in industry after industry as the biggest corporations increasingly gobble up all of their competitors.

John D. Rockefeller famously once said that "competition is a sin", and he was one of America's very first oligopolists.  According to Google, an oligopoly is "a state of limited competition, in which a market is shared by a small number of producers or sellers", and that is a perfect description of the current state of affairs in many major industries.  In early America, corporations were greatly limited in scope, and in most instances they were only supposed to exist temporarily.  But today the largest corporations have become so huge that they literally dominate our entire society, and that is not good for any of us.

Just look at what is happening in the airline industry.  When I was growing up, there were literally dozens of airlines, but now four major corporations control everything and they have been making gigantic profits…

What is true of the airline industry is increasingly true of America's economy. Profits have risen in most rich countries over the past ten years but the increase has been biggest for American firms. Coupled with an increasing concentration of ownership, this means the fruits of economic growth are being monopolised.