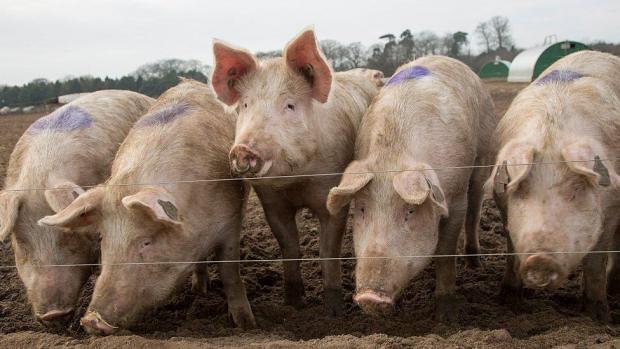 A combination of food, shelter, and energy inflation has crushed real wages as Americans become increasingly discontent with the White House for their failure to tame the inflation monster.

We've outlined, the Biden administration is freaking out about inflation ahead of the midterms. This week, administration officials have released multiple statements indicating they're diligently working to fix snarled supply chains and attempting to lower consumer prices.

One area the administration has concentrated on is food. The latest CPI data shows meats, poultry, fish, and eggs increased dramatically in October, making consumers quite uncomfortable and their wallets thin ahead of the holiday season.

The Biden administration appears to have gone on the offensive this week after an emailed statement from U.S. Department of Agriculture (USDA) spokeswoman Kate Waters told Bloomberg that the federal government is conducting a pilot program with meat processors to allow for faster pig slaughtering. The goal is for more supply will come online and put an end to surging prices.

Under the pilot program, meatpackers will be required to enforce new safety measures through agreements with labor unions or employee-safety committees. Slaughter limits have been a significant bottleneck to increasing production. The action by the USDA outlines just how desperate the Biden administration is in tackling 'meatflation' ahead of the midterms.

The trial program will allow the USDA to observe if increased slaughter times will result in more output. If so, this could be one solution in solving meatflation. The program will be operating at some of the nation's largest meatpacking plants.