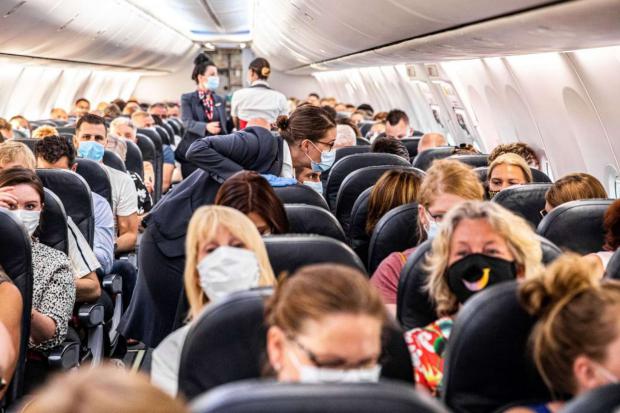 Frank is from the UK, and for the better part of the last two years has had to deal with mask mandates in public, and when traveling.

Most people take what they are told by the news or government propaganda posters at face value: you must wear a mask. Obey.

But Frank makes it a habit to read the actual rules, and he found that in the UK, there were exemptions to the mask mandate.

One of these exemptions stated that you do not have to wear a face mask "where putting on, wearing or removing a face covering will cause you severe distress."

Who is to say what constitutes severe distress? You might think a doctor, but Frank further found that:

"No person needs to seek advice or request a letter from a medical professional about their reason for not wearing a face covering.

"Some people may feel more comfortable showing… an exemption card [but that] is a personal choice and is not necessary in law."

So by the letter of the law, if wearing a mask caused Frank "severe distress," all he had to do when asked to put on a mask was say, "I'm exempt."

And this is what he did when boarding an airplane out of the UK with a well-known airline-- because he has a legitimate disability, more on that below.

The only problem is that the people enforcing the rule never bothered to read it, and understand the exemptions. And predictably, the gate agent insisted that Frank was not exempt, and he must put on a face covering.

Despite being fully within his rights, Frank was not allowed to fly without a mask.

This is where the Equality Act of 2010 and Protection from Harassment Act of 1997 came in.

Frank describes these as terrible pieces of legislation, because they are so broad that anyone can exploit them. But in this case, Frank qualified for an entirely legitimate claim under the legislation.