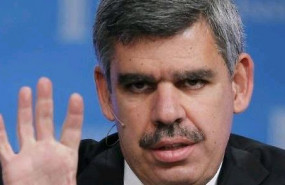 Mohamed A. El-Erian, President of Queens' College, Cambridge University, and Chief Economic Advisor at Allianz, the corporate parent of PIMCO, where he previously served as CEO and co-CIO, argues in the following interview with Goldman Sachs' Allison Nathan that the Fed could be heading towards an historic monetary policy mistake by reacting too slowly to rising inflationary pressures.

Allison Nathan: At its latest meeting, the Fed watered down concerns about inflation, citing its transitory nature. Are you concerned Fed officials are too relaxed about the inflation outlook?

Mohamed El-Erian: Yes. While the data has forced the Fed to take a small step away from its narrative of transitory inflation, it continues to downplay the risk to the economy and the need for monetary policy changes. It seems to wish to hold on to a narrative of—take your pick—"extended transitory", "persistently transitory" or "rolling transitory" inflation. I take issue with these characterizations because the whole point of transitory inflation is that it wouldn't last long enough to change behaviors on the ground. Yet wage-setting and price-setting behavior is already changing.

Allison Nathan: But aren't most of the underlying inflationary pressures, such as supply chain bottlenecks due to pandemic disruptions and labor shortages owing to extended unemployment benefits, likely to recede soon?

Mohamed El-Erian: The underlying cause of the current surge in inflationary pressure is deficient aggregate supply relative to aggregate demand. Part of that will likely prove transitory as the pandemic continues to recede and factories in Asia ramp up production. But part of it will likely prove more persistent due to longer-term structural changes in the economy. Company after company is rewiring their supply chain to prioritize resilience over efficiency. US labor force participation is stuck at a low 61.6% even as unemployment benefits have expired, suggesting that people's propensity to work may have changed. So, there are longer-term structural and secular elements to the rise in inflation. And I'm concerned that if the Fed doesn't do enough to respond to these secular inflation trends, it risks deanchoring inflation expectations and causing unnecessary economic and social damage that would hit the most vulnerable segments of our society particularly hard.