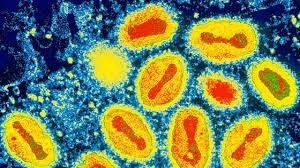 (Natural News) The good news is that the Biden vaccine mandate is almost certainly going to be struck down by the Sixth Circuit Court of Appeals. This will hand Biden a crushing defeat of his attempted agenda to mass exterminate the American people via "vaccine" bioweapons.

The bad news is that once the vaccine mandate is struck down, globalists will be forced to resort to their next devastating strategy to achieve their goals of genocide and depopulation. It looks like their next weapon is going to be Marburg, Ebola or Smallpox.

Smallpox is the most likely choice because it is extremely contagious and almost no one has immunity against it. Bill Gates has repeatedly warned — with a creepy grin — that America should be ready for a smallpox terrorism attack targeting US airports. When Bill Gates warns about something like this, it's usually because globalists are planning to carry it out.

Yahoo News reported this week that vials labeled "smallpox" were discovered in a Merck laboratory, in violation of US law. In the continental United States, only the CDC's facility in Atlanta is authorized to store smallpox vials. So what is Merck — a vaccine manufacturer — doing with smallpox vials?

You wouldn't be crazy to suppose they're working on the next big bioweapons release to generate another wave of profits from smallpox vaccines.