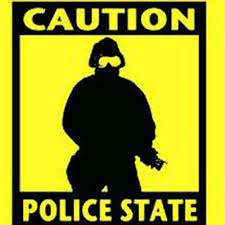 An obvious common element of the three tools is the fear they engender: of infectious death; of unchecked rioting and looting; and of gun violence. These dangers are in fact greatly exaggerated or fabricated altogether.

Stanford economist Paul Romer is credited with first saying, "a crisis is a terrible thing to waste."

Washington has taken this idea to heart.

In 2019, when no crisis existed, the Washington establishment created the perception of existential threat from COVID that would kill 2.2 million Americans without drastic federal intervention. In fact, COVID carried a risk for the general, healthy population similar to seasonal flu and was only dangerous to elderly, immunocompromised individuals with pre-existing conditions. Biden, Fauci, and the media made it seem as if we all would die if we did not follow Washington draconian orders for lockdowns, social distancing, and vaccine mandates.

Fauci commanded Americans to put aside concerns about "personal liberties" for the greater public welfare. We had to accept federal suppression of constitutionally guaranteed rights such as free speech, religious liberty, right to assemble, and even right to work to defeat the "common enemy."