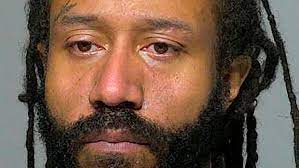 More on Brooks' past via CBS Chicago:

CBS 2 found records for another ongoing case from July, 2020. He was charged with two counts of recklessly endangering safety with use of a dangerous weapon, and possession of a firearm/convicted of felony. He pleaded not guilty in this case.

In 2011 Brooks was found guilty on a resisting/obstructing an officer charge.

In 2010, he was found guilty on strangulation and suffocation felony charges in Wood County.

In 1999, he was found guilty on substantial battery-intend bodily harm, a felony.

Waukesha Police Chief Dan Thompson gave no immediate details about the person or any possible motive.

Update (1320ET): The suspect in the Waukesha mass murder, Darrell Brooks Jr., was released on an 'inappropriately low' bail on November 11 in an unrelated case, after posting just $1,000 cash bail following charges of Second Degree Recklessly Endangering Safety, Felony Bail Jumping, Battery, Obstructing and Officer and Disorderly Conduct in an existing case against him, according to Milwaukee County DA John T. Chisholm.