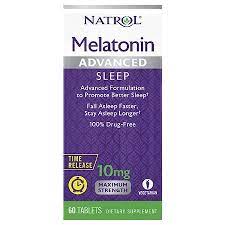 An Iraqi group enrolled 158 Covid patients, and gave half of them 10mg of Melatonin a day. All patients got "standard care", meaning they all got remdesivir, dexamethasone, and an anticoagulant, but some 82 lucky patients were randomly picked to get melatonin as well. The average age of participants was 56 and most of them were men (70%).

By Day 17 a quarter of the control group were suffering from blood clotting (or thrombosis), but only 11% of the melatonin group were, or half as many.

By Day 11, eight patients in the control group had developed sepsis. Only two patients taking melatonin did. Sepsis is a systemic condition where basic things like blood pressure, heart rate, and temperature are running awry, and things are getting out of control. By Day 17, a third of the control group had sepsis, but only 8% of controls the test group with melatonin did. It's the kind of condition that kills people.

I feel a bit sorry for the unlucky sods in the control group. But in reality, I feel sorry for all of us. Many of the aspects of melatonin that make it appealing as a potential helper against Covid have been known for a long time. Melatonin is not just a sleepy-hormone, it's also anti-inflammatory, anti-oxidant, anti-viral and immunomodulatory. Yet here we are, discussing tiny Iraqi studies 23 months into a global pandemic because there aren't large controlled studies of tens of thousands of people in the West.