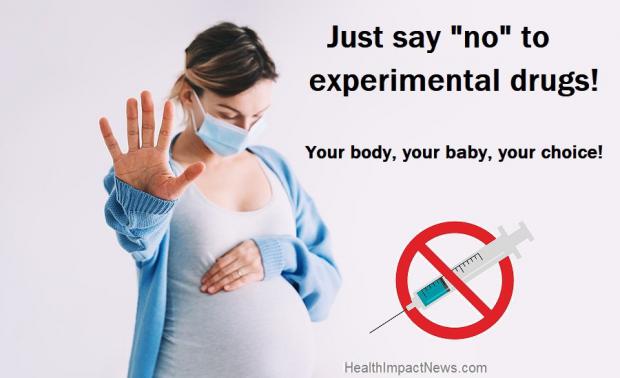 The carnage of deaths to unborn babies following COVID-19 shots into pregnant women just gets worse the more we investigate it.

While we reported on Saturday that the latest data dump into the government's Vaccine Adverse Event Reporting System (VAERS) showed 2,620 fetal deaths, which are more fetal deaths than are reported following ALL vaccines for the past 30 years in VAERS, one "symptom" that is tracked in VAERS that I did not account for, is an ectopic pregnancy which also results in a fetal death.

Ectopic pregnancy, also called extrauterine pregnancy, is when a fertilized egg grows outside a woman's uterus, somewhere else in their belly. It can cause life-threatening bleeding and needs medical care right away.

In more than 90% of cases, the egg implants in a fallopian tube. This is called a tubal pregnancy.

Because a fertilized egg can't survive outside a uterus, your doctor will need to take it out so you don't have serious health problems. They'll use one of two methods: medication or surgery. (Source.)