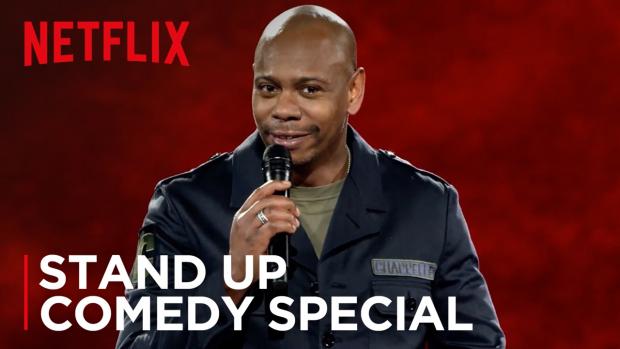 Chappelle's special "The Closer", which debuted on Oct. 5, led to backlash from LGBTQ+ advocates and prompted a walkout among some Netflix employees.

Terra Field, a trans engineer at Netflix, was suspended by the streaming giant after attending a director-level meeting that Field was not invited to before subsequently being reinstated after Netflix found no ill intent in such action.

Prior to the suspension, Field posted a viral tweet thread about the special, alleging that it "attacks the trans community, and the very validity of transness."

In his special, Chappelle showed support for "Harry Potter" author J.K. Rowling, who has said, "If sex isn't real, the lived reality of women globally is erased."

Field said in a statement Monday:

Field and former colleague, B. Pagels-Minor, are also withdrawing an unfair labor practice charge they filed against the streaming giant in late October that accused the company of retaliating against them for trying to organize a company-wide walkout over Chappelle's special, Reuters reports.

Pagels-Minor, a game launch operations program manager who also is trans, was fired from Netflix in October for organizing the walkout after the streaming giant also accused Pagels-Minor of leaking confidential information. Pagels-Minor denied leaking such information.