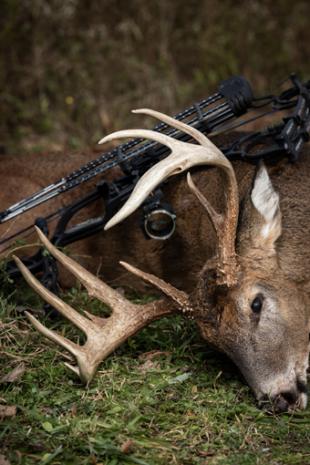 He uses the first six or seven deer he shoots each season to stock his family's freezer and table. Venison chili, venison meatballs and venison sausage are staples in his house in Annandale, a community in western New Jersey.

In 1997, a desire to do what he could to share the much-needed source of protein with food-insecure families — while indulging a hobby and addressing the state's severe overpopulation of deer — motivated Mr. Aversa to join with two friends and found Hunters Helping the Hungry.

A quarter century later, the program is considered one of the top three game-meat donation programs in the country, according to a study by a firearms trade association. Since its start, the all-volunteer nonprofit has arranged for the donation of 14,731 deer — about 2.2 million quarter-pound servings of fresh, lean protein — to New Jersey residents in need.

Two recent grants from the U.S. Department of Agriculture, through the New Jersey Farm Bureau, enabled the program to expand and to waive the $20 cost of donating a deer for participating hunters.

"The idea is, 'Take what you need for yourself. But don't stop,' " said Mr. Aversa, a former partner at a large accounting firm in New Jersey. He has been hunting since he was 10.

The concept is as simple as it is effective: Hunters bring their excess harvest to one of seven participating butcher shops, where the deer are dressed and frozen into roasts, steaks, tenderloins and ground meat.