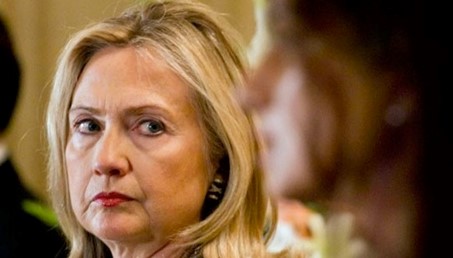 I have been following the story regarding the arrest of the sub-source who reportedly provided much of the apparently fabricated "intelligence" that went into the Christopher Steele dossier that was commissioned by Hillary Clinton and the DNC to get the dirt on GOP candidate Donald Trump. The real story is, of course, that the Democrats used their incumbency in the presidency to illegally involve various national security agencies in the process of defaming Trump, but for the time being we have to be content with the detention of Russian born Virginia resident Igor Danchenko for the crime of lying to the FBI.

My problem is that apart from the lying, which might be categorized in a file labeled "Everyone Lies to the Police," I can't quite figure out what the poor sod did that was criminal. I have reconstructed the sequence of events as follows: A business intelligence research firm Fusion GPS originally began researching Trump's possible ties with Russia during the primary elections on behalf of a conservative who wanted to damage Trump's campaign. After Trump became the Republican nominee, the original funder discontinued the search, but Fusion GPS was hired to keep going by the Perkins Coie law firm, which was working for the Hillary Clinton campaign. Christopher Steele, former MI-6 officer with a good reputation and reported access to information coming from Russia among other places, was sub-contracted by Fusion to assist in the effort by compiling a dossier containing defamatory material on Trump. As he had limited access to the kind of sleaze that was being sought, Steele contacted a known intelligence researcher who appeared to have such access. That was Danchenko, an analyst who specialized in Russia, whom Steele subsequently described as his "primary sub-source." Danchenko had worked for the Washington DC based and Democratic Party linked Brookings Institution from 2005 until 2010 and was considered reliable.

Steele tasked Danchenko with finding out details about Trump and the Russians, to include possible contacts with the Kremlin's intelligence services during a trip to Moscow in 2013 where the Trump Organization was hosting the Miss Universe contest. Danchenko did just that to Steele's satisfaction, which also pleased Steele's clients. The information collected subsequently was incorporated into what became the notorious Steele Dossier and was used by the FBI among others to make a case against Donald Trump and his associates.Among other initiatives, the Bureau used the file, which it knew to be largely innuendo, as justification to obtain a secret surveillance court order from the Foreign Intelligence Surveillance Act Court (FISA) which authorized a wiretap targeting former Trump adviser Carter Page.