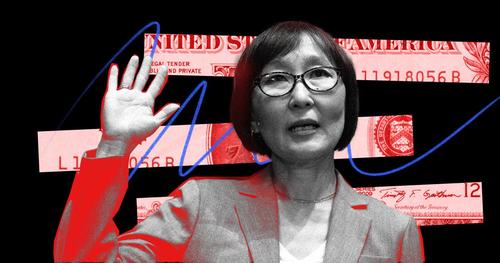 Even before a video emerged of the far left, Kazakh-born Omarova saying the fossil-fuel industry needed to go bankrupt to tackle climate change surfaced, most politicos thought she was a radical choice.

Last week, we learned that she supports the centralization of consumer banking - at the Federal Reserve.

"In other words," he explained, "you couldn't have an account with your local community bank. Your money would be held by the government at the Federal Reserve."

Prior to last Thursday's hearing, Republican senators were unanimously opposed to Omarova's confirmation, and three Democratic Senators were on the fence.

"We want them to go bankrupt if we want to tackle climate change." pic.twitter.com/luMR2HEMK9