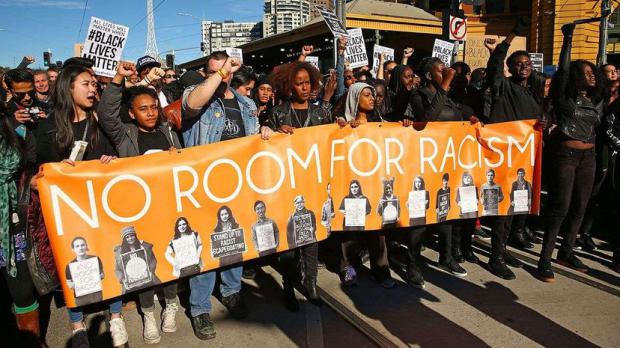 The countdown to the holidays is well underway. Christmas trees and decorations have started to appear in the streets, shops are full of 'must-have' gifts, and there's even a rebooted 'Home Alone' movie. But the idea of goodwill to all isn't being preached by everyone.

#BlackXmas is a disheartening and severely misguided idea from Black Lives Matter (BLM) activists in Los Angeles. The premise is simple: not to spend any money on Christmas items that aren't produced by black-owned businesses.

Something similar, Black Pound Day, already exists in the UK, but it's only a single day every month and its worthy aim is to help small local firms trying to establish themselves. #BlackXmas is a whole other beast and has a poisonous racist agenda, as it explicitly encourages consumers to "divest from white corporations".

The sheer discrimination of this myopic stance is bad enough. You can only imagine the uproar were the roles to be reversed and a white campaign group was urging a boycott of black-owned businesses.

But it also exposes the primitive thought process of those behind it. They are, in essence, conceiving every white-owned business to be something akin to a cotton plantation, with workers in shackles watched over by domineering guards on horseback.

In reality, there are a lot of progressive corporations and companies that are helping different communities, including the black one, to advance by offering them employment and opportunities.