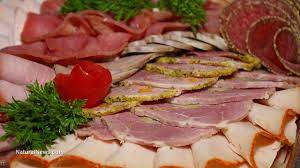 (Natural News) Over the Thanksgiving holiday, Joe Biden made sure to remind Americans that Big Government is meeting the "needs" of the public, and that his administration is in full control over the food supply. Pretending that the economy is in a state of recovery, the Biden administration ignores the growing problems of rapid inflation and food rationing. Reading from his weekly propaganda script, Joe Biden touted that grocery stores were "well-stocked with turkey" and "everything else" that Americans "need." He made the announcement at the same time Publix announced a long list of food item shortages across 1,280 stores.

"For all those concerns a few weeks ago that there would not be ample food available for Thanksgiving, families can rest easy today. Grocery stores are well-stocked with turkey and everything else you need," Joe tweeted on the eve of Thanksgiving. A year ago, Biden and the Democrats were the masters of doom, claiming that a "Dark Winter" was upon Americans. Less than a year later, Biden ignores the systemic economic and food supply issues that are impacting Americans with low to moderate incomes.

As the Biden administration blatantly disregards these issues, retailers are warning of food shortages that are now impacting thousands of stores. In fact, Publix Supermarkets warned customers over Thanksgiving week that food shortages are expected to persist across 1,280 stores throughout the southeast. The shortages are occurring across seven southeastern states. According to sources in Miami, Florida Publix is limiting purchases and only allowing shoppers to buy two items maximum from the following list. The list of rationed foods includes:

This is not a definitive list of rationed items. In fact, a Publix spokesperson said the list may expand in the coming weeks. Not only will holiday items be limited, but other common food staples will also be restricted. "The limits are for all stores in our seven-state operating area," a Publix representative NBC News. "There is not a set time determined for these limits, and the list can change to include more items or remove items.