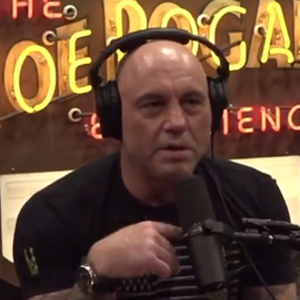 Podcast king Joe Rogan demanded to know to why "no one is being held accountable," within the media over the almost four year long fake 'Russian collusion' narrative, pointing out that "the collusion between the media and the government is pretty apparent."

In an interview with Jocko Willink, Rogan noted that "especially the left-wing media and the left-wing government. It's pretty fucking apparent that there are some narratives that get shared back and forth."

He continued, "They have talking points and they don't talk about things they're not supposed to, like the Hunter Biden story. Something that's actual news."

"Because if that was the Donald Trump Jr. laptop, holy fucking shit, would that lead every night!" Rogan emphasised.

"I mean this whole Russia collusion story has turned out to be complete nonsense," the host continued.

Willink chimed in "That is insane. Three and a half years the American public was getting beat down with the Russia collusion thing and it was created by the Democratic Party!"

"And it wasn't real! … And no one is being held accountable!" Rogan reiterated.

Joe Rogan calls out the total fabrication of the Russian collusion narrative. pic.twitter.com/z81uNXSkzR