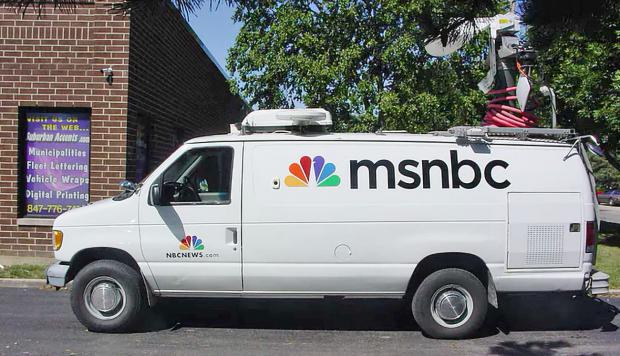 The network issued a carefully worded apology - that a 'freelancer' had simply 'received a traffic citation' and that he 'never contacted or intended to contact the jurors during deliberations."

"We regret the incident and will fully cooperate with the authorities on any investigation."

Now, police bodycam footage from the incident reveals that the network was doing exactly what we thought: spying on the jury.

Officer: Were you following a vehicle?

Morrison: I was trying to see - I was being called by New York, going, "maybe, we need to follow. I was tryin' ta...

Officer: You were trying to what?

Morrison: Just do what they told me to do.

Officer: New York told you to follow a vehicle?

The video then fast forwards to Morrison handing his phone to the officer so he could speak with NBC News' booking producer Irene Byon.

The officer asks Byon why the network 'has a reporter following vehicles,' to which she replies: "We, we, we were just trying to respectfully... just trying to see if it's possible to, um, find any leads about, um, about the case, and so we were just keeping our distance just to see where people involved in the trial, um, are positioned. By no means are we trying to get in contact with any of the jury members or whoever's in the car, we just were, um, trying to see where, um, where key players in the trial may be at."