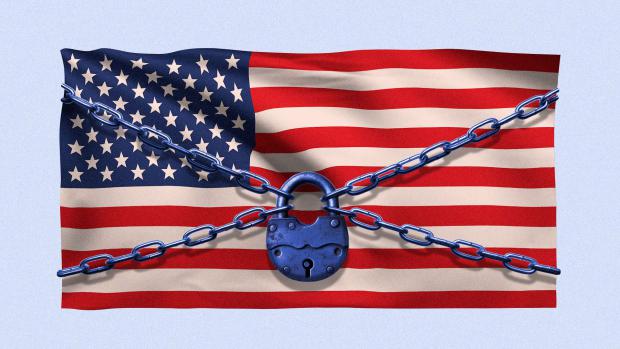 Fox News host Tucker Carlson argued that Democrats are using COVID-19 and the unknown risks of the new Omicron variant as an excuse to seize more power and trample on Americans' civil liberties, raising the specter of a strict lockdown like the one in Australia.

The anchor opened his top-rated cable show, Tucker Carlson Tonight, on Wednesday by mocking the Biden Administration for imposing a travel ban on the citizens of Mozambique, where no Omicron cases have been identified so far, as part of a possible mix-up with the African country of Botswana, where two people may have contracted the new COVID variant.

'Either way, Mozambique and Botswana don't even share a border, so people in Mozambique were highly confused and probably a little hurt,' Carlson remarked.

He then took aim at Dr Anthony Fauci, the director of the National Institute of Allergy and Infectious Diseases - whom he compared to Benito Mussolini earlier this week - calling him out for dodging an African reporter's question about the inexplicable travel ban targeting Mozambique.

'So as of right now, we still don't know why there is a White House travel ban on Mozambique,' Carlson told his audience. 'Presumably, the answer is because it's in Africa and Africa is where all of this started.'