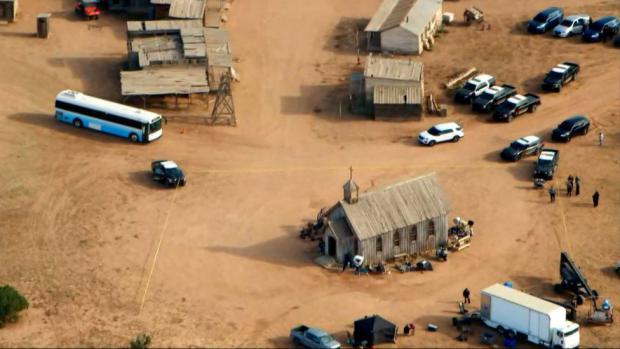 Now, with an ongoing criminal investigation and various civil lawsuits expected to be filed, Baldwin has given a detailed statement to ABC News' George Stephanopoulos, including a surprising claim that he never pointed the gun or pulled the trigger.  That interview may be one of his most watched scenes, particularly if he is charged criminally or sued civilly. In the interview, Baldwin clearly and expressly denies ever pulling the trigger or even pointing the gun at Hutchins:

That is a bold statement to be sure and it locks in Baldwin's defense for better or worse.

It would seem that he will be arguing that the gun discharged on its own. As an antique Colt 45, it may be argued that the weapon discharged without the conscious pulling of the trigger. That would make the gun defective.

Baldwin also added "Someone put a live bullet in a gun, a bullet that wasn't even supposed to be on the property."

As noted earlier, the problem is that Baldwin was not just an actor but a producer on the set. He was arguably responsible for the set itself and the props.

What is most striking about the new claim is that it is subject to physical testing and even a demonstrative exhibit before the jury.  If experts report that the gun did not have a "hair trigger" or some defect, it would greatly erode Baldwin's credibility.  It is very unlikely that his counsel has had access to the gun or even any film evidence from the scene. Notably, however, they do have the statement of an assistant director that he thought the shooting was a "misfire."