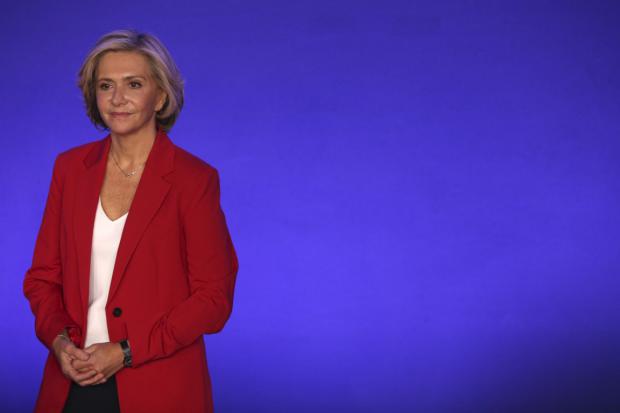 Pecresse won the final round of voting on Saturday, with 61% of ballots cast by party members in a closed election. Eric Ciotti, a lawmaker from southern France often compared to far-right rival Eric Zemmour, took 39%. "For the first time in its history, the party of General de Gaulle, Georges Pompidou, Jacques Chirac, Nicolas Sarkozy, our political family will have a female candidate," Pecresse said in a televised address after the result was announced. "We are going to restore French pride and protect the French people."

Polls show Macron defeating nationalist leader Marine Le Pen in the run-off of April's ballot. But Pecresse, who is placing fourth behind Zemmour, has a chance of winning France's top job and returning the Republicans to power for the first time in a decade.

The mood among French voters has shifted to the right since the last election. And over the next four months, she could convince Republicans who voted for Macron to return to the party while luring the more moderate ones from Zemmour and Le Pen. Macron campaigned as an independent centrist in 2017.

An adviser in Macron's government described Pecresse as a serious contender, and said she could be seen as representing the same kind of change he did.

Pecresse and Ciotti started out as underdogs but beat clear favorites Xavier Bertrand and Michel Barnier in the first round of the primary on Thursday. Both men said they'd back her and called on their supporters to do the same.