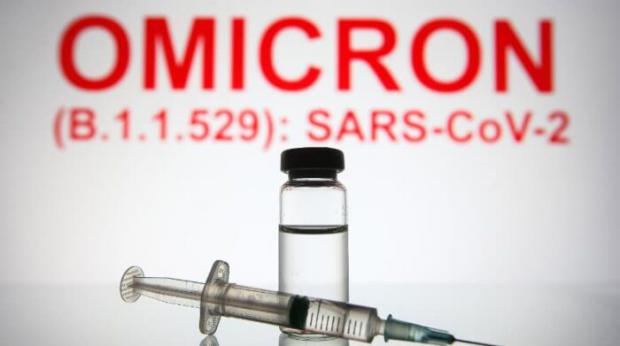 Men wearing protective suits make their way at a bus stop at Narita international airport on the first day of closed borders to prevent the spread of the new Omicron variant amid the pandemic in Narita, east of Tokyo, Japan, Nov. 30, 2021. (Kim Kyung-Hoon/Reuters)

During a news conference, WHO official Maria Van Kerkhove said the U.N. health body has seen "an increasing growth rate," and "we see increasing numbers of Omicron being detected."

No deaths have been reported so far in connection to the COVID-19 strain, another WHO spokesperson told reporters Friday.

"There is a suggestion that there is increased transmissibility, what we need to understand is if it's more or less transmissible compared to Delta," Van Kerkhove said. The Delta variant is the dominant strain throughout the world, she said.

In the United States, at least six U.S. states have confirmed Omicron cases so far, including a fully vaccinated male who traveled from an anime convention in New York City to Minnesota this week, according to health officials, who said the individual had mild symptoms and recovered. The first American case was detected in California's San Francisco Bay Area.

A previous update from WHO said Omicron has numerous mutations to its spike protein, which is what it uses to bind to human cells, which may lead to higher transmission rates. It's not yet clear, however, officials have cautioned.