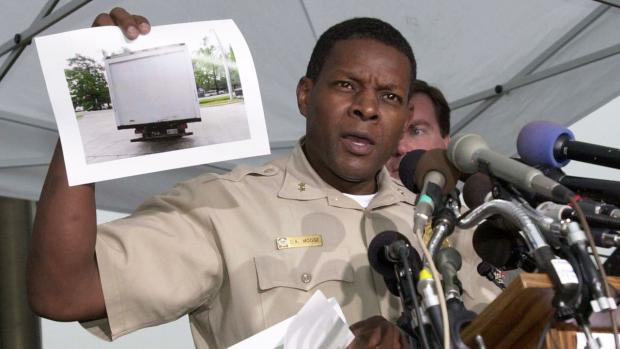 He became famous as the most prominent law enforcement official during a three-week sniper rampage in the Washington area in 2002. The Washington Post ran a front-page piece on his death, and career and local officials hailed him as a "great leader" and "terrific" while the media touted him as a "hero."

But Moose was the mastermind of one of the biggest law enforcement pratfalls in this century. After the snipers were finally captured after killing ten people, Moose declared, "Twenty-two days felt like forever. It could have easily been 22 weeks." Actually, if private citizens and the media had not acted proactively, it could have been twenty-two weeks. Criminologist Susan Paisner observed in late 2002 in the Washington Post that the two sniper suspects "were caught despite [Moose] and the task force's efforts, not because of them."

The sniper case represents a deadly case of racial profiling gone awry. Moose decided early on that the killers were white guys in a white van. As a result, police ignored a slew of evidence that the killers were actually black guys in a ratty old car with out-of-state license plates. Several eyewitnesses reported to police that they had seen an old Chevrolet Caprice at the scenes of shootings, but police scorned their reports. They spotted the snipers' blue car and recorded its out-of-state license plates at least ten different times during the month of the killings; the vehicle was reported to have been stopped or seen five times at roadblocks established immediately after shootings. But because they were searching for a white van or truck, police disregarded the suspects again and again. One federal investigator later complained to the Los Angeles Times, "The car was screaming, 'Stop me.' It's dilapidated. It's got Jersey tags. It's got a homemade window tint."