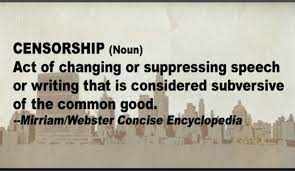 Dr. Robert Malone, inventor of mRNA vaccines, warns parents not to let anyone give these toxic, unnecessary, useless "jabs" to their children — they can cause permanent heart disease and other serious ailments; they DON'T provide immunity, and children areen't at any serious risk from "COVID," anyway:

So, of course, the good doctor is banned from Twatter. Why? Foul language? Of course not. Because he's saying it's all right for adults to cornhole small, defenseless children? Of course not. (Though in fact, that might be OK on today's Twatter.)

No, the totally fictitious "community standard" being violated here is the open, responsible discussion of the harm/benefit anlaysis of the experimental injections being promoted by the evil Davos gang, who acknowledge they want to reduce the world's human population, and the demons at the CDC/NIH, who profit enormously from these so-called "vaccines" (before AND after they move through the "revolving door" into Big Pharma), who fund virus weaponization research in genocidal Red China, and who are reponsible for hundreds of thousands of deaths "by Remdesivir-and-Ventilator" that could have been prevented by early treatment with cheap Ivermectin and Hydroxychloroquine — which they've tried to ban!