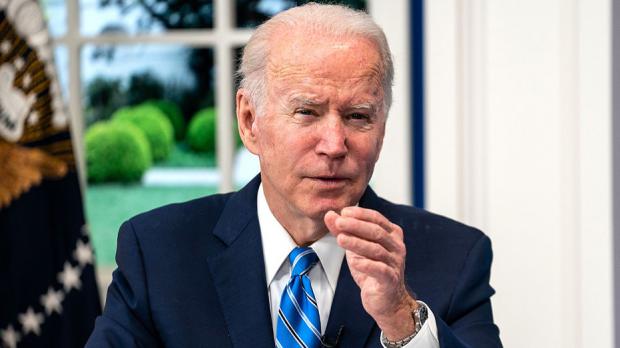 As we approach the end of the Biden Administration's first year, there are positive signs of a shift in its approach to fighting the COVID pandemic.

Increasingly, the administration has adopted the more balanced approach the left so harshly criticized as lockdowns swept the nation – but that red states, such as Florida, have enthusiastically embraced.

After two years of pleas by those of us who advocated this commonsense approach, it's fair to ask why the Biden administration is suddenly embracing it?

Biden has grossly underperformed the expectations he set with respect to fighting the virus and Americans noticed.

Reality can be hard to ignore.

Biden's oft repeated – and spirited – campaign vow that he would 'shut down the virus' has given way to his concession that, in reality, 'there is no federal solution.'

Biden's claim that Donald Trump was personally responsible for 220,000 pandemic deaths and that '[a]nyone who is responsible for that many deaths should not remain President of the United States,' must now face the reality of over 400,000 COVID deaths since he took office.

Biden's promise of a 'national strategy' to defeat COVID has collapsed under the reality that his only meaningful strategy was to coerce Americans to take the vaccines developed under the Trump administration's Operation Warp Speed – the same vaccines he railed against as untrustworthy during the campaign.

As disingenuous as Biden's campaign rhetoric appears today, that was not the case just 13 months ago.

According to exit polling, 66 percent of the voters for whom the coronavirus pandemic was the top issue voted for Biden. That may have won him the election, but that worm has turned.