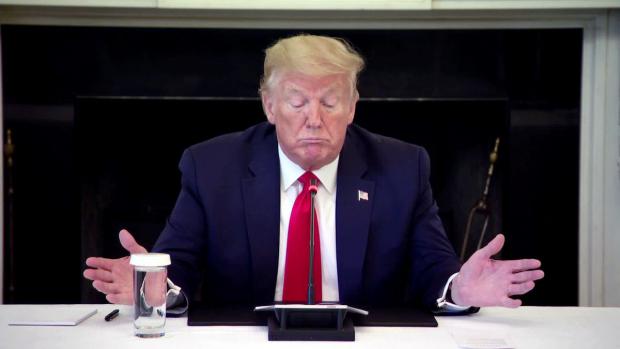 Former President Donald Trump revealed he received a booster shot of the COVID-19 vaccine, drawing boos from a crowd in Dallas.

Trump made the disclosure Sunday night during the final stop of "The History Tour," a live interview show he has been doing with former Fox News host Bill O'Reilly.

"Both the president and I are vaxxed," O'Reilly said at the American Airlines Center, drawing some jeers from the audience, according to video shared online by O'Reilly's "No Spin News."

"Did you get the booster?" he asked the former president. "Yes," Trump responded. "I got it, too," O'Reilly said, eliciting more hectoring.

While Trump has expressed opposition to vaccine mandates, he has long taken credit for the vaccines developed on his watch. At the same time, he has refused to urge his supporters to take them, even though Republicans remain far less likely than Democrats to be protected.

For instance, while other world leaders, including former Vice President Mike Pence, President Joe Biden and Vice President Kamala Harris, received their doses publicly to promote the lifesaving medicine, Trump chose to receive his in private — an acknowledgement of the unpopularity of the vaccine with large swaths of his base. And while he has blamed the Biden administration for high levels of vaccine skepticism, he repeatedly undermined public health recommendations while in office, encouraging the use of unproven treatments and playing down the threat the virus posed as he tried to prioritize economic recovery and secure a second term.