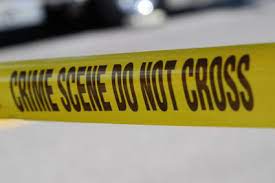 I've done some rough math, and it's beyond alarming. It spells the end of human civilization if we don't stop the vaccine holocaust in the next 365 days.

As estimates and projections show below, as long as "clot shot" covid vaccines are being administered around the world, about ten million people each day are being put on an irreversible countdown to vaccine death. For each day that these vaccine shots continue, in other words, roughly ten million people will likely die over the next decade, based on these projections. (See the math below.)

This explains why Biden and other world leaders don't care about legal challenges and the rule of law. They know that if they can bully these vaccines into people for just one more year, they will murder over 3.5 billion more human beings from vaccine-induced deaths that kick in over the next decade.

That's why we have less time remaining than you might think. And that's why the vaccine zealots don't care if they get stopped over the next 2-3 years by court challenges. By then it's too late for humanity.

Even if we stop all covid vaccines right now, we're likely to still see between one and two billion deaths over the next decade as vaccine deaths take their toll. (See the numbers below.)