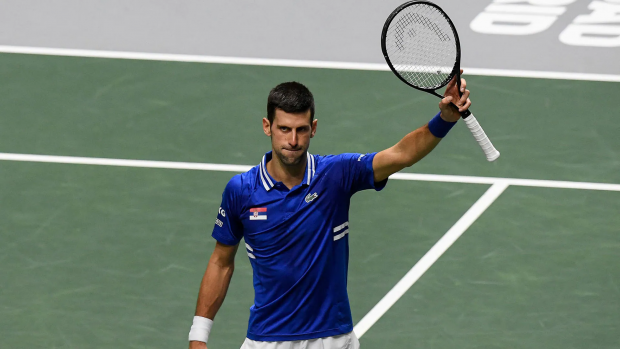 Having flown halfway across the globe to defend his Australian Open title, the tennis legend Novak Djokovic was informed at the Melbourne airport that his visa to enter the country had been cancelled. Even though the reason given was improper paperwork, the real issue was his vaccination or lack thereof.

Prior to coming to Australia, Djokovic received a medical exemption from the onerous vaccine requirement required by the increasingly tyrannical Australian government.

Djokovic's exemption duly granted by medical authorities based on his having overcome a corona infection recently, which would normally allow a person to travel to Australia without vax.

But even though he met the legal requirements, there are forces within the Australian government bent on not allowing Djokovic to play. And they are looking hard for a reason to send him back. According to reports, on his arrival Djokovic was told that his documents were not filed properly, and he was asked to leave the country. When he refused, he was subjected to hours of interrogation through the night after which he was hauled to a detention facility.