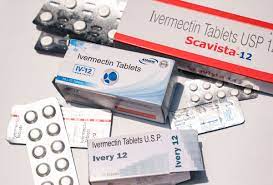 How super low dose ivermectin still reduced infections by half

A whole town in Brazil of 220,000 people was invited to take part in an ivermectin study. In Itajaí 159,000 people said "Yes" to taking part in a study of a bizarrely low dose infrequent form of ivermectin to see if it prevented people catching Covid. They were asked to take the 0.2mg/kg/day dose two days in a row but only once every two weeks. Since the half-life of ivermectin in humans is only 12–36 hours, those taking it in the study were effectively left unprotected at least half the time. Our livers convert ivermectin into chemical bits and pieces that have half-lives of three days, so those  downstream metabolites, if they matter, might kick around a bit longer.  More bizarrely, participants were asked not to take ivermectin if they got ill. This study appears to be purely about prevention. Despite all this, it still worked.

Compared to all the other towns in the Santa Catarina State of Brazil, Itajaí has the lowest mortality rate, far below even the second lowest.

The iMask prevention plan by the Frontline Covid-19 Critical Care Alliance suggests using the 0.2mg/dose twice a week long term. Those ICU doctors recommend you double the dose if you think you've been exposed for real.

The regular use of ivermectin (albeit, very low and infrequent) still saved a lot of lives. The death rate in the ivermectin group was 0.8% compared to 2.6% of the non-users. They controlled for age, sex and co-morbidities.