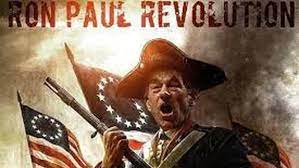 This view is held by 40 percent of Republicans and 23 percent of Democrats. The result may seem surprising since leftists have been responsible for much of the recent politically-motivated violence, and many Democrats have called for violence against Trump supporters. However, the cultural Marxists appear to have (temporarily) ceased using violence as a tactic - although had President Trump won reelection, it may well have been ANTIFA members inside the Capitol on January 6 trying to "stop the steal."

The rising support for violence against government is rooted in the growing (and justified) belief that the people's liberties are being taken by a ruling class that is indifferent at best, and hostile at worst, to their values and concerns.

The devastation wrought by the lockdowns, as well as the conflict over the promotion of masks, vaccines, critical race theory, and transgenderism, heighten these social tensions.

Another major contributor to the social unrest is the economy. Rising prices combined with supply shortages and the increasing national debt are all signs that we may be witnessing the final days of the Keynesian welfare-warfare state. Unless Congress immediately begins to cut spending and transition to a free-market monetary system, America will soon face a major economic crisis. The crisis will likely be caused by a collapse of the dollar's value. This will likely lead to increased violence. The violence will start when those who believe they are entitled to live off the stolen property of their fellow citizens decide to take matters into their own hands because the government can no longer do the looting for them.

"Bubble Trouble: what you need to know from the derivatives markets"